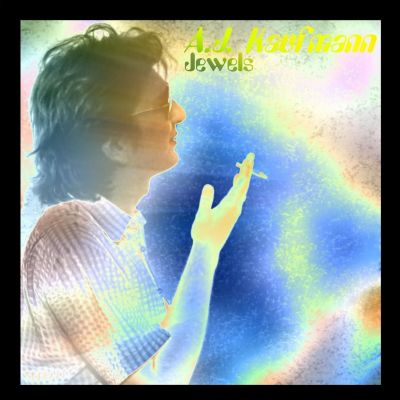 Adam Jan Kaufmann, born in Poznań in 1989, is an independent artist working almost exclusively in two fields of art – text and audio forms. Active since 2002, and professionally since 2008, he has his roots in cassette culture, krautrock and space rock, as well as in Canadian, American and Russian poetry of the 19th and 20th centuries. His debut poetry collection, “Siva in Rags”, appeared on the American market in the summer of 2008, and his latest publication is a poem in the anthology “Fierce Invalids”, dedicated to Arthur Rimbaud, published in Australia in 2014, where Adam shares the printed space with William S. Burroughs and Gregory Corso among others. The debut album with Adam’s original songs, “Second Hand Man”, was released on the Polish market in 2011 on vinyl and CD, and the next album, “Stoned Gypsy Wanderer”, from 2014, was released in the USA on CD-R – this is also an original album. Both met with favourable reviews, these releases were hosted by radio broadcasters from France, Germany, the UK, and the USA. Adam is the author of over 20 volumes of poetry and song lyrics, including the collection “Insane in Rome” and “Saint of Kreuzberg”, published in the UK, received as fresh and original variations over the well-known song text form, as well as an audio artist producing a new disc with different audio forms practically every month. Adam works from London and Munich. He is also the founder of the Polish / German experimental ensemble Säure Adler, which has 5 albums on its account and refers to the roots of the Munich aristocratic underground of 1968.